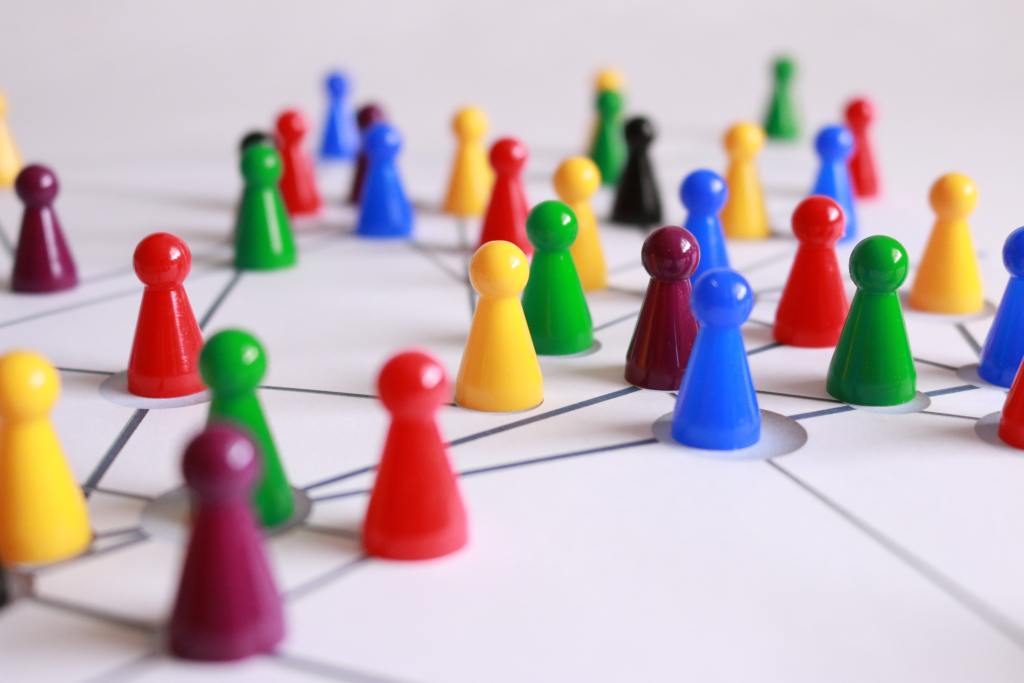 It has been a little more than a decade since the Competition Act, 2002 (“Act”) was introduced in India which transformed the landscape of competition law in India. The Act replaced the erstwhile and rather ineffective regime under Monopolies and Restrictive Trade Practices Act, 1969 (“MRTP Act”). The regime under MRTP Act , was dubbed by many commentators as a toothless tiger. With the Act coming in, India now boasts of a robust competition law regime, both in terms of enforcement and merger control.

The last decade saw a resurgence in antitrust appeals before the Hon’ble Supreme Court of India (“SC”) which has led to the SC laying down essential principles of competition law in India. Indian antitrust jurisprudence, especially EU, which had primarily been dependent on the precedents of other mature competition jurisdictions, has evolved in its own right through a series of cases decided by the Indian SC on substantive provisions of the Act as well as due process. It must be noted herein that the Act draws its inspiration from Article 38 and 39 of the Constitution of India, which seeks to ensure that there is no economic concentration in hands of a few, while the EU jurisprudence is based on the concept of free and fair markets. Thus, there is bound to some differences in the way the principles of law is interpreted in both the countries.

With more antitrust issues ﬁnding prominence in the context of big data, digital markets, trade and extra territorial operations of the Act, it is likely that future pronouncements of the SC shall delve in more deeply into issues arising out of such unique, fast-paced and developing markets. The anti-competitive uses of data, the dominance of online platforms and the intricate interface between data protection and antitrust law are issues which may require scrutiny by the SC in the years to come. In this blog, we seek to explore the different legal issues and principles which the SC has already dealt with and their implications on competition jurisprudence in India.

Objectives And Basic Principles Behind The Act

The case of Competition Commission of India v. Steel Authority of India Ltd. [1] (“SAIL”) was one of the earliest SC decisions which discussed the background, object and core principles of the Act. The SC reﬂected on the overall intention of competition law to limit market power and remedy situations where the activities of one or more ﬁrms lead to the breakdown of the free market system. The SC recognized the legislative intent behind the Act to deal with contraventions of the Act expeditiously and in a time-bound manner.
Subsequent decisions of the SC have also dealt with the general scheme and objectives of the Act. Notably, in the case of Excel Crop Care Ltd. v. Competition Commission of India[2](“Excel Crop Care”), the SC was of the view that the pursuit of fair and effective competition is instrumental in improving economic efﬁciency, economic growth and development of consumer welfare. The SC also noted that competition fosters innovation and productivity, and effective antitrust enforcement is not only essential to sanction anti-competitive conduct but to also act as a deterrent and maintain competition. The SC reafﬁrmed these observations in the case of Competition Commission of India v. Bharti Airtel Ltd. & Ors [3] (“Airtel”) while elaborating on the jurisdiction of the CCI.

Interplay Between CCI And Sectoral Regulators

The CCI is bestowed with the exclusive jurisdiction to deal with all instances of anti-competitive activities. However, over the years, there have been several key questions regarding overlap of jurisdiction between the CCI and other sectoral regulators.

The decision of the SC in the Airtel case is of signiﬁcant import as the apex court of the country, for the ﬁrst time, decided upon an issue where the jurisdiction of the CCI and a sectoral regulator appeared to overlap. In the Airtel case, there appeared to a clash of jurisdictions of the CCI and the sectoral regulator of telecommunications, the Telecom Regulatory Authority of India (“TRAI”). In this case, RJIL , a new entrant into the telecommunications market, alleged before the CCI that certain Incumbent Dominant Operators (“IDOs”) had entered into an anti-competitive agreement to deny points of interconnection (“POIs”) to RJIL. RJIL alleged that this would effectively block RJIL from entering the market. However, at the same time, proceedings had been initiated against the IDOs before TRAI. RJIL had alleged before the TRAI that, by denying the POIs to RJIL, the IDOs had (i) violated the mandatory provisions under the Standard of Quality of Service of Basic Telephone Service (Wireline) and Cellular Mobile Telephone Regulations, 2009 (“QOS”), and (ii) the interconnection agreements and the Uniﬁed License, which required the IDOs to provide POIs to all eligible telecom service providers. The principal questions which were raised before the TRAI for consideration were –

While dealing with which set of proceedings would gain primacy over the other, the SC started to examine the jurisdictions of CCI and TRAI under their respective statutes and the factual circumstances of the case. In this case, the questions which were raised by RJIL before the TRAI required the speciﬁc expert scrutiny of TRAI in light of the regulations and license agreement, since only TRAI has the jurisdiction to examine the same. As a result, the SC deemed it ﬁt to allow TRAI to look into this issue ﬁrst, before allowing the CCI to proceed with examining the merits of the case in light of the Act. The SC held that the questions concerning the ﬁner aspects of the agreement between the IDOs were very speciﬁc jurisdictional questions that only the TRAI was ﬁt to rule on and if the CCI was allowed to look into the matter at this juncture, it would necessarily have to overstep into the jurisdiction of TRAI.

It is worth noting that in this case, the ultimate decision of the CCI was dependent on the decision of TRAI in the ﬁrst instance. The SC, in order to avoid conﬂicting decisions, paved the way for TRAI to decide ﬁrst. However, the SC acknowledged the fact that the CCI had the overarching jurisdiction to deal with anti-competitive activities under the Act and even if the TRAI were to ﬁnd any instance of anti-competitive conduct, the ultimate power to deal with the same vested with the CCI. Thus, the decision ensured that while the CCI jurisdiction was not completely ousted but the facts demanded a scrutiny from the sectoral regulator ﬁrst.

It is pertinent to point out that though this case established TRAI’s right to decide the matter before the CCI, the same is not at odds with the decision passed by the Delhi High Court in the case of Telefonaktiebolaget LM Ericsson v. Competition Commission of India[5]. The difference lies in the factual backgrounds of both cases. In the latter decision, the proceedings of the CCI were allowed to run distinctly and concurrently from that of the patents authorities, since the two were entirely on separate legal questions under two different laws, and the outcome of one was not dependent on the other.

However, in Airtel, since the CCI’s determination was, in the ﬁrst instance, dependent on TRAI’s interpretation of the IDOs’ contracts, the SC bestowed primacy upon TRAI for conducting the proceedings before the CCI.

Keeping the notion of market power in mind, in the case of Competition Commission of India v. Coordination Committee of Artistes and Technicians of West Bengal Film and Television & Ors.[6] (“Coordination Committee”), the SC has succinctly captured the essence of this concept by holding that market deﬁnition is ‘a tool to identify and deﬁne the boundaries of competition between ﬁrms’ Accordingly, the relevant market must be deﬁned even in a Section 3 case to delineate market power appropriately.

Both in the Coordination Committee case and the Airtel case, the SC acknowledged that the degree of market power which an enterprise or group wields on the relevant market in question is essential while determining contraventions of the Act, both for anti-competitive agreements and abuse of dominance.

In order to provide a comprehensive test for deﬁning the relevant market, and especially the relevant product market, the SC in Coordination Committee noted the need to deﬁne a relatively narrow product market which would at most include all substitutes of the product, which a customer could potentially turn to in the face of a price increase in the original product in question. According to the SC, the process of deﬁning the relevant market should start by looking into a relatively narrow potential product market and then be expanded to include close substitutes of the same. This test has grown to be of utmost importance, since providing a broad relevant market deﬁnition is unlikely to assist the CCI with grasping a complete picture of the degree of market power which the offending enterprises wield in the respective segment.

The SC in Coordination Committee was also quick to point out that the relevant market for a speciﬁc product may be deﬁned either from the perspective of the buyer or the supplier based on which level of the supply chain is affected by theIn order to provide a comprehensive test for deﬁning the relevant market, and especially the relevant product market, the SC in Coordination Committee noted the need to deﬁne a relatively narrow product market which would at most include all substitutes of the product, which a customer could potentially turn to in the face of a price increase in the original product in question. According to the SC, the process of deﬁning the relevant market should start by looking into a relatively narrow potential product market and then be expanded to include close substitutes of the same. This test has grown to be of utmost importance, since providing a broad relevant market deﬁnition is unlikely to assist the CCI with grasping a complete picture of the degree of market power which the offending enterprises wield in the respective segment.

The SC in Coordination Committee was also quick to point out that the relevant market for a speciﬁc product may be deﬁned either from the perspective of the buyer or the supplier based on which level of the supply chain is affected by the anti-competitive conduct. For instance, if the anti-competitive conduct affects the wholesale segment and not the retail segment, the relevant market shall be deﬁned from the perspective of wholesale buyers.

If you wish to read more about what the Hon’ble Supreme Court has decided in the context of anti-competitive agreements, abuse of dominance and other important facets of the act such as search and seizure provisions as well as the application of de process at various stages of proceedings before the Commission, please click here.