Seetharaman is a co-founder at Sarvada Legal and a specialist in international trade and WTO Laws. His expertise in accounting help clients get the best result in any antidumping, countervailing or safeguard duty investigations. He has a rich experience in export controls, import restrictions, technical barriers to trade, trade in services, inbound and outbound investments, customs valuation, foreign exchange management, competition law, IBC, and commercial dispute resolution. He is also a litigating lawyer who appears regularly before various adjudicating authorities and courts.

He has represented clients globally in over 250 trade remedy investigations spread across 18 jurisdictions seeking either imposition of trade remedy measures or opposing them. His clients include domestic producers, foreign producers, exporters, importers, governments of exporting countries, end users and other interested parties.  Combining his legal acumen with a sound knowledge of accounting, he provides the most appropriate solutions to the clients in every trade remedy investigation.

Seetharaman is an expert on issues relating to free trade agreements, including rules of origin and bilateral safeguard measures.  He assisted the Government of India in the Regional Comprehensive Economic Partnership (RCEP) negotiations.

Seetharaman is a seasoned litigating lawyer regularly appearing before the adjudicating authorities in various departments of the government of India, tribunals, High Courts and the Hon’ble Supreme Court of India. He has represented members of the WTO before its Dispute Settlement Body in several WTO disputes.

He has also helped clients in India get products removed from the list of goods produced using child labour/forced labour maintained by the Bureau of International Labour Affairs (ILAB) of the US Department of Labour.

Before starting his legal practice, Seetharaman served as a civil servant as a member of the prestigious Indian Civil Accounts Service (ICAS) in various capacities such as Deputy Controller General of Accounts, Ministry of Finance and Deputy Secretary in the Union Public Service Commission. Early in his career, he has also worked with Canara Bank. 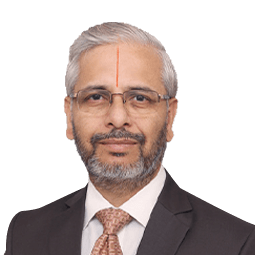