M.P Devnath is a co-founder at Sarvada Legal and has a rich & diverse practice of around two & a half decades in Tax, Civil, Commercial & Corporate Litigations before the Courts & Tribunals in India in their Original, Appellate as well as Judicial Review jurisdictions. Devnath is also registered as an Advocate on Record (AoR) at the Hon’ble Supreme Court of India for more than a decade.

Devnath has the distinction of being one of the few Indian AORs to have appeared in over 450 matters before the Hon’ble Supreme Court. He is a regular arguing counsel before the Hon’ble Delhi High Court & other judicial fora in Delhi. He is regarded as a leading arguing counsel, representing corporates before several Hon’ble High Courts such as Allahabad, Rajasthan, Punjab and Haryana, Kolkata, Orissa, Madhya Pradesh, Chhattisgarh, Jammu and Kashmir and Guwahati. He has extensive experience appearing before various tribunals & quasi-judicial authorities including CESTAT & State Tax Tribunals.

In the past, he was associated with law firms Economic Laws Practice and Lakshmi Kumaran & Sridharan. 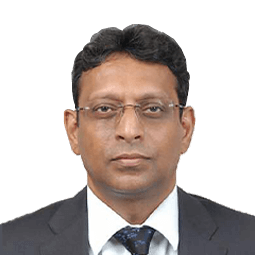 Advocate on Record in the Supreme Court of India