Atul is a co-founder at Sarvada Legal specialising in international trade and customs law. He has extensive experience in WTO litigation and has assisted the Government of India in 6 WTO Disputes. He has also handled more than 80 trade remedy investigations in 5 different jurisdictions. He has assisted governments, government agencies and private clients in the areas of WTO law, trade policy and negotiations, customs issues (classification, valuation, and procedures), export controls (USA, EU and India), and various regulatory laws such as exchange control, food safety, labelling, origin and standards. He also has expertise in Indian export controls – SCOMET.

Atul worked with Lakshmikumaran and Sridharan as a Joint Partner and was also appointed as Managing Director of its Geneva Office, following which he co-founded Sarvada Legal in the year 2017. His has been a speaker and panellist at various prestigious platforms such as Advanced Thematic Course on WTO Dispute Settlement organised by the Legal Affairs Division and the Appellate Body Secretariat, World Trade Organization and the 15th Annual WTO Conference by British Institute of International and Comparative Law. He has delivered   lectures on “Anti-dumping – Practices & Procedures in India” to the students of Post Qualification Course in WTO Laws conducted by Institute of Chartered Accountants of India (ICAI) and on “Anti-dumping – Practices & Procedures in India and Customs Valuation” to the students of NLU, Jodhpur. 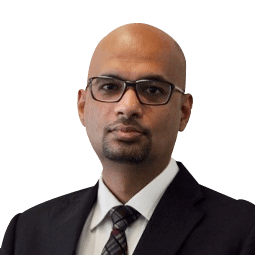