Abhishek is co-founder at Sarvada Legal & has rich experience of around a decade & a half in dispute resolution & commercial litigation in diverse areas of law including all forms of Commercial Contracts, Energy & Mining Laws, Environmental Laws, Trade & Customs, Tender, Union & State Taxes and Constitutional Law.

He has assisted & represented multinational & domestic companies on a wide variety of claims under the Indian Arbitration Laws in Ad-hoc as well as institutional arbitration & has extensive experience in dealing with disputes under all forms of commercial contracts & agreements. He has also assisted & represented clients in court-related procedures including the appointment of arbitrators, interim relief procedures & enforcement of awards.

He is regularly invited by professional bodies in India & Indian Universities to speak on emerging legal issues in the areas of Interpretation of Statutes, Interpretation of Contracts & Commercial Arbitration.

In the past, Abhishek was associated with law firms Lakshmikumaran & Sridharan and Economic Laws Practice. 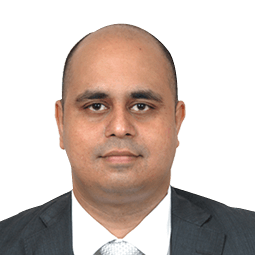